Immediate relief on arrival at the apiary today!  Hive No.1 was on first impression looking good, lot’s of bees flying back to the hive with their legs laden with pale yellow pollen.  Surely this meant that it was unlikely that the last manipulations had caused swarming.

After a very gently smoke to let the girls know i was there i lifted off the supers, top brood box and Cloake board. I really don’t like gong into a hive any less than 7 days so felt really uneasy going in so soon after the last intervention.  In the bottom box i removed the dummy board to make taking out the Cupkit easy without rolling the bees and began to look for the queen.  The first frame taken out was more than half full of eggs, meaning the queen should still be there and had laid in the last day or so.  I know this as all the frames with eggs and open brood was placed in the top brood box on Saturday when i prepared the colony for the queen rearing process. As luck would have it the queen was also on this frame.
I placed the queen in the Cupkit, finding it easier to lift off the front cover and place her on the face of the plastic comb and placing the front cover back on gently rather than poke her through the small plug hole at the top.  The frame was returned to the centre of the brood box and the hive closed up again until tomorrow when i will check to see if she has laid eggs in the cells in the Cupkit.
I then looked up and saw i had an audience! 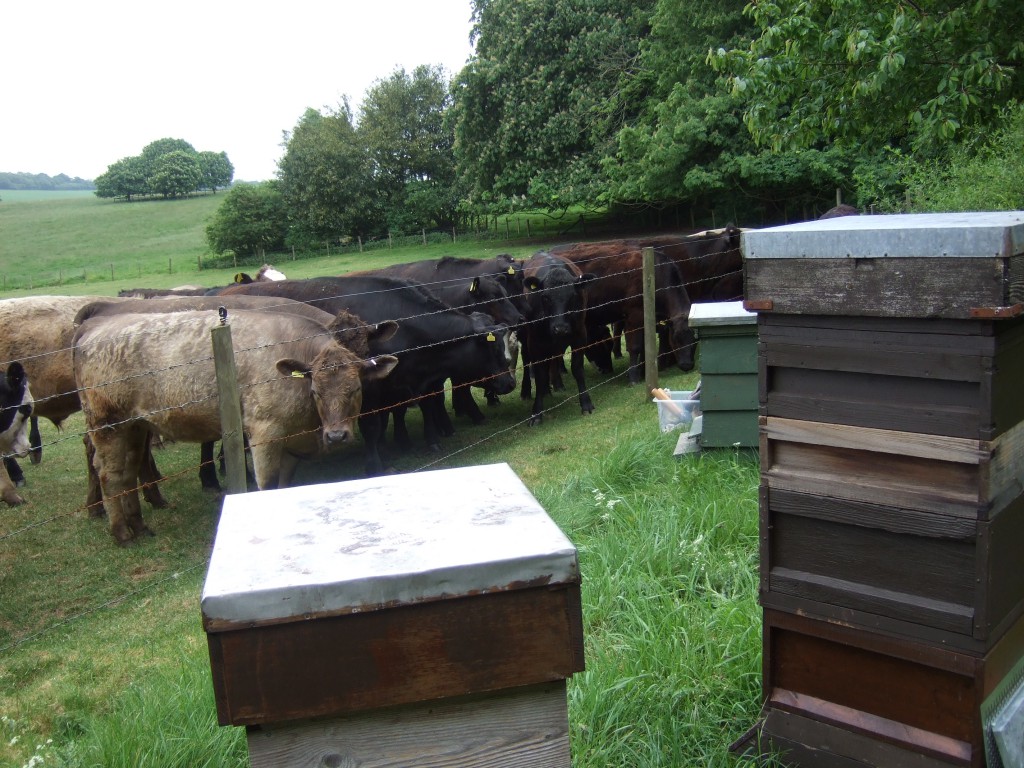